Southold Town has partnered with Family Service League, the Suffolk County Office for the Aging and Stony Brook Eastern Long Island Hospital to establish a new program to aid the area’s aging population.

Karen McLaughlin, director of human services for the town, announced the partnership at a work session Tuesday.

“[The program] recognizes that communities have naturally aged in place where a large proportion of people living in a community were over the age of 60 would need some support in order to stay in that community,” explained Kathy Rosenthal, senior vice president for programs at Family Service League. “They wanted to stay in their homes and communities that they helped to build, that they raised their children in.”

Ms. Rosenthal, who has helped launch similar programs in Huntington and North Hempstead, said the program could help seniors connect to social services and navigate health care as well as provide social, recreational and educational programs.

Programs would target seniors in Greenport Village and Greenport west, she said, due to their concentration of residents over 60.

In Greenport west, she noted, more than 50% of residents are over the age of 60. “That is way out of proportion for most communities in New York State,” she said.

Those figures do not include residents of San Simeon by the Sound Center for Nursing & Rehabilitation or Peconic Landing, she said, since those are not naturally occurring retirement communities.

Though Greenport residents would be targeted, social and educational events, such as talks on health issues or scams that target seniors, would be open to residents of other hamlets, as well as family members acting as caregivers, who could benefit from the programming.

The program will be based out of several locations, including the FSL office in Greenport, Stony Brook ELIH and Town Hall.

FSL division director Robyn Berger-Gaston said her organization has worked closely with the Town of Southold on senior programming for years, but this program “formalizes” their relationship. “We’re going to make a big difference for these seniors,” she said.

As the program is developed, interested residents are encouraged to join an advisory committee that will help determine what services are needed. 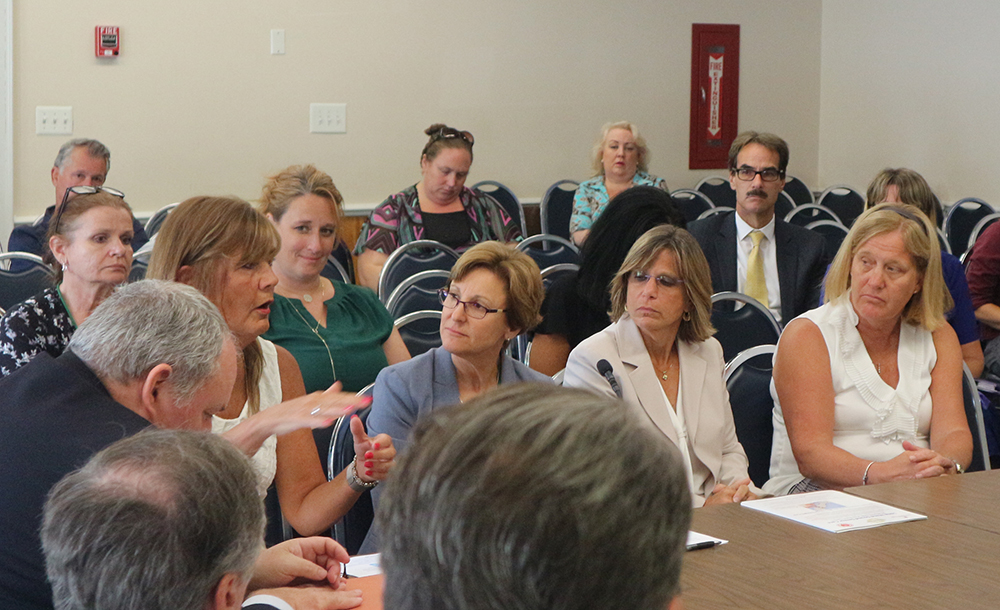